Back to Guitar home

History of the Guitar 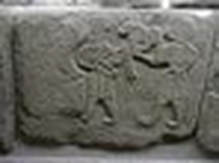 Guitars have a distant relation to instruments from ancient central Asia and India including the tanbur, the setar, and the sitar. The oldest known image and representation of an instrument displaying the essential features of a guitar is a 3,300 year old stone carving of a Hittite bard and the oldest known guitar like instrument was found in Ancient Egypt. It is said to have been used by Har-Mose, a singer to the Egyptian queen Hatshepsut. This guitar can be seen today at the Archaeological Museum in Cairo, Egypt.

The Greeks also used a guitar-like stringed instrument they called Tanbur or Tranobur which crossed mediterranean trade routes and got adopted by the Romans who referred to it as Chitara. Whilst the Greek instrument’s popularity increased across the Middle East, the Romans incorporated the chitara as part of their culture and travelled through Portugal and Spain with it. 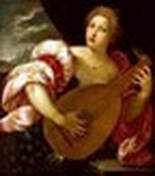 The lute and the oud emerged during this period as predecessor instruments to the guitar. The lute was brought into Europe between the 6th and the 9th century in varied forms by the Eastern Roman empire. It was an instrument favoured by musicians of the early medieval and the renaissance periods. The body of the lute was oval with a rounded back and has four strings which are plucked rather than strummed. ​The build of the lute makes it’s a subdued instrument sound wise hence it could not be played in any kind of band setting.

The Oud, a four stringed instrument that shared ancestry with the lute appeared in Europe following the Moor (Arab) southern Spanish invasion of the 8th century. Similar to the lute, the Oud had a rounded body but had a smaller neck with no frets.

Two medieval instruments that were referred to as Guitars during the 1200's were the Moorish guitar (Guitarra Moresca) and the Latin Guitar (Guitarra Latina). The Moorish guitar’s design had a rounded back, wide fingerboard and several sound holes whilst the Latin Guitar had a single sound hole and a narrower neck making it look more like the modern guitar than the Moorish Guitar. The adjectives used in qualifying these guitars (Latin and Moorish) were dropped by the 14th century.

The Spanish vihuela or "viola da mano" as referred to in Italian was developed in Spain in the 15th century and is a guitar-like instrument that was popular between the 15th and 16th centuries. It is
extensively considered to have been of great influence in the development of the baroque guitar. It is narrower and deeper than the modern guitar with a less pronounced waist, a smaller body than the lute and with treble strings, in pairs, calledcourses, which were tuned like the lute and made to be strummed.

By the 16th century, the vihuela's construction had more in common with the modern guitar. Some very beautiful models were made by the violin maker Stradivarius.

The vihuela enjoyed a relatively short period of popularity in Spain and Italy whilst the lute’s popularity increased elsewhere in Europe. The last surviving published music for the vihuela appeared in 1576. There was also the baroque guitar, a five course gut string guitar with moveable gut frets which came into its own from the middle of the 16th century replacing the renaissance lute in popularity across Spain, Italy and France up until mid-18th century.

Andrés Segovia gave the guitar further prominence as a concert instrument. Composers like Heitor Villa-Lobos and Manuel de Falla wrote serious works for it and others like Pierre Boulez scored for the guitar in chamber ensembles.

The electric guitar was developed by George Beauchamp, Paul Barth and Adolph Rickenbacker an electrical engineer who created Rickenbacker International Corporation with the main aim of creating electric versions of musical instruments.
​

​The first patent for the electric guitar was awarded to George Beauchamp for a guitar he made with partner Adolph Rickenbacker in 1931. This new technology was first used by Haiwain bands but swing and jazz bands quickly picked this up too.

This guitar, together with the Gibson Les Paul, the Fender Telecaster, and the Gibson SG would make solid-body electric guitars hugely popular. These are still the most popular styles and models made today.

​Electric guitars have had a continuing profound influence on popular culture. Guitars are recognized as a primary instrument and widely played in the folk and popular music of many countries and genres such as blues, bluegrass, country, flamenco, jazz, jota, mariachi, reggae, rock, soul, and many forms of pop. 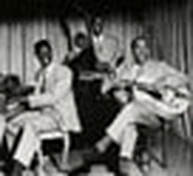 ​In jazz ensembles it is part of the rhythm section and is occasionally played as a solo instrument.
In popular music the guitar is usually amplified, and ensembles frequently include more than one instrument, a "lead" guitar for solos, another for rhythm, and a "bass" guitar to play bass lines.