Back to Saxophone home

History of the Saxophone

​The saxophone was invented by Antione-Joseph (Adolphe) Sax, a Belgian-born luthier and musician of some renown just fifty years after Mozart's death. The patent for the saxophone is shown in the registers for March 1846. However, the woodwind instrument was a project that Sax began many years before while working in his father's musical instrument shop. His father, Charles Sax, was an instrument maker who taught his son and gave him the freedom to experiment with his own designs.

In his youth, Adolphe was a student of flute and clarinet at Brussel's Conservatory of Music and became an expert instrument maker and talented musician. He made several improvements to the bass clarinet including : - 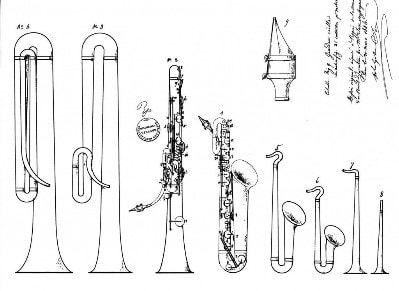 Sax's experimentation with the bass clarinet led him to a design that married the mouthpiece of the woodwinds with the body of brass instruments. He showed this new instrument to the composer Hector Berlioz in 1841. Berlioz was amazed at its versatility and unique tone and what this could mean for the future of composed music.
Sax's concept of the saxophone family was quite wider than just one instrument. 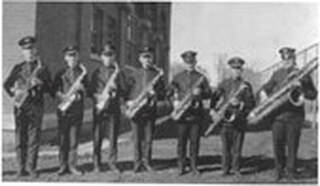 Those pitched in B♭ and E♭, have proved extremely popular and most Saxophones encountered today are from this series. A few Saxophones remain from the series pitched in C and F designed for orchestral music, though they were less popular and never gained a foothold in the orchestral world. However the C-melody was quite popular in the late 20's and early 30's as a parlor instrument, it never gained a legitimate standing. Instruments keyed in F are rare. 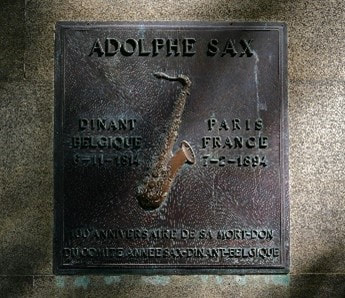 Adolphe Sax moved to Paris in 1842 to promote his new instrument. The 1844 Paris Industrial Exhibition was an important platform allowing him to show off the instruments features. That same year saw the debut of Hector Berlioz's Chant Sacre choral work, which featured the saxophone prominently. 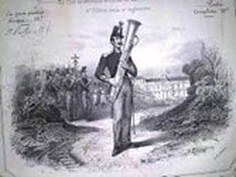 ​In 1845, Adolphe was able to convince the French military to replace the traditional french horns and bassoons used by military bands with Eb and Bb saxophones. This was the year of the famous "battle of the bands". The French Army band was still using "traditional" instrumentation. Sax saw this as an opportunity to show the world how the Saxophone could improve the tonal quality in all bands. He suggested a contest between an army band composed of the original orchestral instrumentation against a band that included Saxophones. Sax's band of twenty-eight men, compared to the French Army band of thirty-five, overwhelmed the crowd. That day, the Saxophone was officially introduced into the French Army Band and soon to all other bands.

In 1866, Sax's original patent expired and other instrument makers began tinkering with the design and keywork and issuing versions of their own. The first substantial modification was by a French manufacturer who extended the bell slightly and added an extra key to extend the range downwards by one semitone to B♭. This extension was adopted into almost all modern designs. One major issue with Sax's design was in the arrangement and function of the keywork. ​

​His design called for the use of a Treibert oboe arrangement for the left hand and a Boehm clarinet setup for the right, which made chromatic playing rather difficult. The next few decades saw a great deal of experimentation in adding new keys and creating alternate fingerings. Adolphe himself renewed his original patent in 1881 with several advancements, including a longer bell length and an extended range provided by a fourth octave key.

When Sax died in 1894, his business was continued by his son Adolphe Edouard, who saw one of the most exciting periods for the instrument, the 1920s jazz age. Saxophones were first heard just before World War I in jazz bands before really catching a wave of popularity in the 1920s. The Henri Selmer Company purchased Sax's factory in the late 1920s. The original Selmer Sax, (Model 26) looked similar to a metal clarinet with a small bore. The 1930s "cigar cutter" Saxes looked a bit like Saxophones today with their familiar bent-in-the-middle structure. 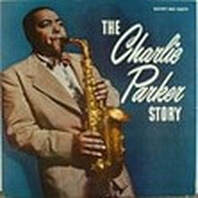 The Saxophone is one of the most versatile instruments in the world. Famous Saxophonists have been responsible for producing classical pieces and is most commonly associated with Popular music, Big band music, Blues, early Rock and Roll, Ska and particularly Jazz. There is also a substantial repertoire of concert music in the classical idiom for the members of the Saxophone family.
​
Today the sizeable family of saxophones dreamed of by Adolphe Sax has been whittled down to just five: the Soprano, Alto, Tenor, Baritone and Bass Saxophones. Of these, the Alto and Tenor Saxophones are the most favoured instruments for Sax players.